Are you just about to purchase your very first car? Will this be the first time that you haven't shared a vehicle with someone else? Having a vehicle that you don't need to get permission to drive can be an exciting and liberating experience. But while it's exciting, it's important to not get too enthusiastic and wind up overlooking important aspects of car ownership. One of the first things that you need to do after you get your vehicle is to figure out what you'll do if you ever get locked out. While this hopefully won't happen to you, it's good to have a plan anyway. Toward that end, some things that you'll need to know or do include:

Get duplicate keys: If you go to your local dealership to get duplicate keys made, the dealership may charge you hundreds of dollars for a single key because the keys have transponders in them. Unfortunately, this means that many people don't bother to get duplicate keys at all and simply hope that they never lose their keys. But because of a lower overhead, a good auto locksmith should be able to provide exactly the same key at a fraction of what it would cost at a dealership. This means that you may be able to get multiple keys made by the locksmith for less than it'd cost to get a single key made at the dealership.

Set aside money: Even though you might have spare keys made, this doesn't necessarily mean that you'll have access to those keys if the friend or relative with a spare key isn't answering their phone or is out of town. Because of this, it's a good idea to set aside a little money each month to be able to pay for an auto locksmith when you lock your keys in your car. When you're at the locksmith getting your duplicate keys, that's a good time to ask them about how much money they'd charge to open your vehicle. While they won't be able to provide a solid figure, as each situation is different, they should be able to give you an estimated range. Set aside a little money each month until you have at least enough to cover the high end of the estimate.

Don't hide your keys: Although it's tempting to get a magnetic key-hiding box and attach it to your vehicle in some way to avoid having to spend money on an auto locksmith, this is not a good idea. Not only can the key box become unknowingly dislodged if you go over a rough patch of ground, these key boxes are going to be one of the first things that a potential car thief is going to be looking for. It's much safer to entrust a spare key to a friend or relative or to simply pay the money to call a locksmith in.

For more advice, talk with a locksmith company or local locksmith like Stephen K Migoley.

Updating Our Home With New Locks

Updating Our Home With New Locks 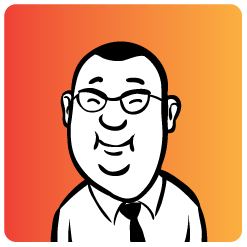 When we moved into our first home, we realized that the previous owners might have made key copies that we didn't know about. To fend off issues, we invested in brand new door locks. The process was actually fun. After we changed all of the deadbolts, we focused on choosing doorknobs and accessories that looked incredible. I would do it again because it made such a big difference. When we were finished, our front door was truly a conversation piece that I was really proud of. Check out this blog for ideas to improve your home security and make your entryway look better than ever.